We would like to offer our sincere support to anyone coping with grief. Enter your email below for our complimentary daily grief messages. Messages run for up to one year and you can stop at any time. Your email will not be used for any other purpose.

Share a memory
Obituary & Services
Tribute Wall
Read more about the life story of Gerard and share your memory.

On December 12, 2022, Gerard Leo Daigle at age 79, a loving husband and father to four children, passed peacefully with his loving family by his side.

Gerard was preceded by his father Sylvia Leo Frank Daigle originally from of New Brunswick, Canada his mother Catherine Helen Cyr originally from St. David, Maine and his daughter Amy Soderberg of Rutland, MA.  He is survived by his long-time love Linda and daughters Lisa Daigle of Brookfield, MA,  Amy Hazen and husband Michael Hazen of Shrewsbury, MA, son Matthew Daigle of Las Vegas, NV and his sister Leonette Carr of Hanover, MA.  He is also survived by two nieces, Jacqueline Cromford of Scituate, MA and Rachel McFarland of Santa Monica, CA, his two grandchildren, Kirsten Blair of Sanford, NC, and Katarina Mayo of Mechanicsville, VA, as well as two great grandchildren.

Gerard was born January 8, 1943, in Gardner, MA.  After Graduating from Gardner High School, he attended the National School of Meat Cutting in Toledo, Ohio.  He worked as a meat cutter throughout the area and at Chair City Beef Company in Gardner, MA.  He also joined the Gardner Armory and served on the National Guard for many years.  He married his high school sweetheart Linda Ann Schultz of Gardner on June 5, 1968.  They were together for nearly fifty-four years and always loved being together wherever they went.  Gerard had always wanted to be an entrepreneur and he owned and managed many properties with his wife Linda in the town of Gardner.  He also enjoyed cars and trucks which led him to get his CDL license for truck driving.

He had a big heart and a passion for helping others which led him to be very active in his community.  He was very involved with the Gardner Housing Authority and received an award for all his involvement helping the community.  One of his favorite social activities was having morning coffee in Gardner with his lifelong friends.  He enjoyed taking his family on many car rides in New England and making memories with the ones he loved most.  Later in life Gerard and his wife retired and moved closer to family.  He would spend many weekends going antiquing with his wife.  She would always find him a toy truck or car for his collection.  He would spend many family trips up in Ogunquit Maine every summer which became his favorite place to be with family.  In his later years he cherished his three dogs Hercules, Willow, and Kallie, which were always by his side.  The joy of these three dogs kept him always smiling while watching his favorite television show Judge Judy.

The family is thankful for the support, love and care Gerard received at Lutheran Rehabilitation and Skilled Care Center.  Gerard made many friendships and had many guardian angels at Lutheran that helped support Gerard and family through his stay at the facility.  In lieu of flowers donations can be made in memory of Gerard Daigle to Lutheran Rehabilitation and Skilled Care, Resident Activity Fund, 26 Harvard Street, Worcester, MA 01609.  A private family burial will be planned at Notre Dame Cemetery in Gardner.

To send flowers to the family or plant a tree in memory of Gerard Leo Daigle, please visit our floral store. 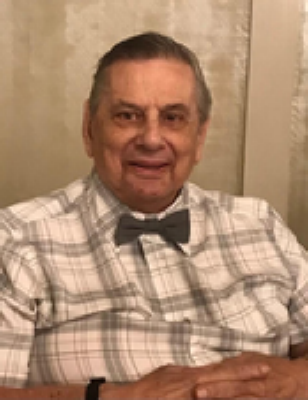 In Loving Memory Of

Look inside to read what others
have shared
Family and friends are coming together online to create a special keepsake. Every memory left on the online obituary will be automatically included in the book.

In Loving Memory Of

Look inside to read what others have shared

Family and friends are coming together online to create a special keepsake. Every memory left on the online obituary will be automatically included in the book.

You can still show your support by sending flowers directly to the family, or by planting a memorial tree in the memory of Gerard Leo Daigle
SHARE OBITUARY
© 2023 Graham Putnam & Mahoney Funeral Parlors. All Rights Reserved. Funeral Home website by CFS & TA | Terms of Use | Privacy Policy | Accessibility